Trainer Mark Casse won the past two Triple Crown races, and he helped his cause toward a hat trick in a familiar setting Jan. 18 when Enforceable won the Lecomte Stakes at Fair Grounds Race Course.
Posted by Latest Headlines - BloodHorse.com on January 18th, 2020 | No Comments Posted in Horse Racing

Trainer Mark Casse won the past two Triple Crown races, and he helped his cause toward a hat trick in a familiar setting Jan. 18 when Enforceable won the Lecomte Stakes at Fair Grounds Race Course.
Posted by Latest Headlines - BloodHorse.com on January 18th, 2020 | No Comments Posted in Horse Racing

Trainer Mark Casse says Belmont Stakes (G1) winner Sir Winston is "50-50" to make his scheduled start in the Jan. 25 $100,000 Jazil Stakes at Aqueduct Racetrack due to a tender hoof.
Posted by Latest Headlines - BloodHorse.com on January 18th, 2020 | No Comments Posted in Horse Racing

Miguel Angel Jimenez made a 12-foot birdie putt on the second hole of a playoff Saturday with senior newcomer Ernie Els to win the PGA Tour Champions' season-opening Mitsubishi Electric Championship.
Posted by www.espn.com - GOLF on January 18th, 2020 | No Comments Posted in Golf 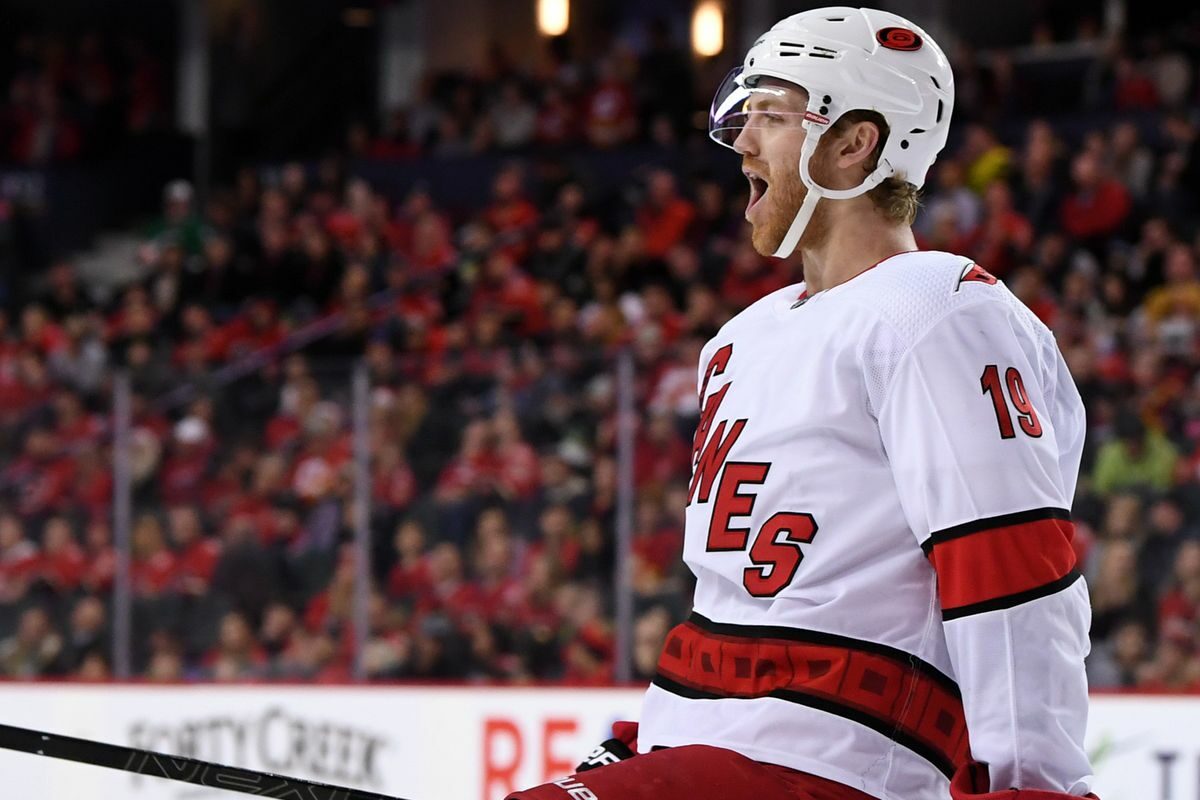 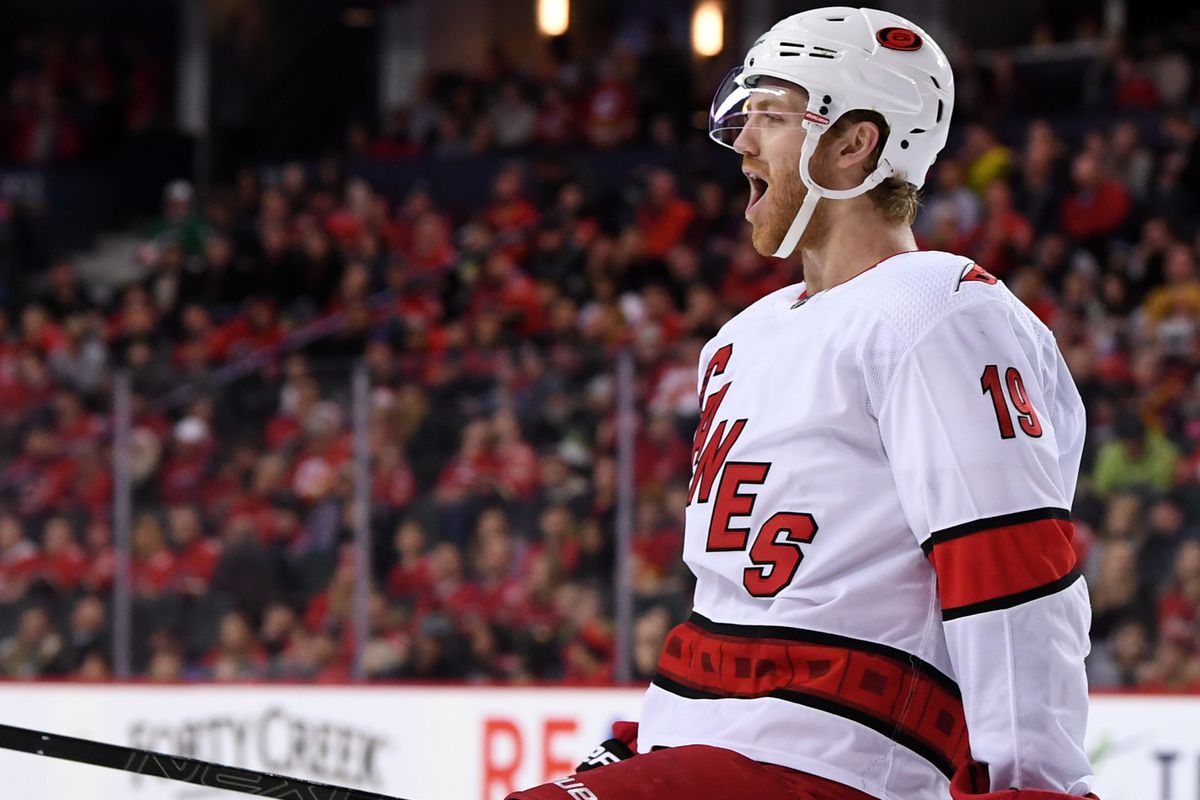 The Islanders are 3 points up on the Hurricanes in the standings, but oddsmakers are going all in on Carolina in this one as -180 favorites.

There’s definitely reasons to avoid New York in Sunday night’s matchup, mostly because they played Saturday against Washington. The loss vs. the Caps was also the Isles’ was the 4th in their last 5 games.

Can Carolina hold up their end of the bargain is the biggest question. The Hurricanes don’t exactly come into this game hot after dropping their last 3 including a horrible home defeat on Friday night.

The Isles have a great chance to put some padding between themselves and Carolina on Saturday but the NHL schedule makers haven’t done them any favors. New York lost 4-6 to the Capitals on Saturday.

Sunday’s game is also the 3rd in the last 4 nights for the Islanders after they also lost to the Rangers 2-3 on Thursday as -152 favorites.

What gives the Islanders value on Sunday is the fact that the back-to-back doesn’r really bother them. The Islanders have gone 19-7 their last 26 on 0 days rest.

It’s Thomas Greiss set to go in net after Semyon Varlamov manned the pipes on Saturday. Greiss put the clamps on Detroit on Tuesday – but it’s Detroit. He allowed 3+ goals in 4 starts prior. Sunday’s total is 5.5 however.

The Hurricanes might simply just match up well vs. the Islanders considering they’ve won six in a row in this series. That includes 3 straight wins in Carolina by a score of 5-2 in each tilt.

The ‘Canes are huge favorites on Sunday but haven’t exactly played like a team that would justify a -180 wager. Carolina has dropped 3 straight, scoring just 3 goals total which is likely why the total is down there at 5.5.

The Carolina defense also gives this game a great shot at falling under the 5.5. The Hurricanes defense has held opponents to 2 goals or less in 4 of the last 5 while pitching 2 shutouts over that span.

The Hurricanes will be entering their 2nd game without Dougie Hamilton who is out indefinitely with a leg injury. Th shorthanded Carolina squad is also 3rd game in 4 nights meaning both squads are a bit worn down.

The Islanders aren’t in a great spot here. Not only have they lost six in a row at Carolina, they have to try and break that streak on the second leg of a back-to-back.

The thing is, if the Hurricanes are at a perfect vulnerable time it’s Sunday night after three straight losses by a combined score of just 3-7.

The ML pick isn’t a great value as the ‘Canes have lost three straight. In the series though, the Hurricanes have won six iin a row, winning each game by a 5-2 margin.

If you’re looking for more NHL picks like this New York Islanders vs. Carolina Hurricanes matchup we’ll be providing 4* free NHL predictions on the blog during the entire 2019 NHL season, and check out our Experts for guaranteed premium & free NHL Hockey picks!

Posted by Carl Taylor on January 18th, 2020 | No Comments Posted in Handicapping

2020 Australian Open ATP Day One and Futures Betting Preview: Back Querrey as an Underdog In Round One?

Monday features 32 of the 64 Round 1 ATP singles matches. Still, since the tournament is being played in Australia the slate kicks off at 7 p.m. E.T. on Sunday evening in North America –  so you’ll need to get your bets in early.

You will also need to lock in your pre-tournament futures or prop wagers by then, and though this lines up as a relatively chalky draw, there is some future value worth playing.

Let’s dive into the futures market, and examine some first-round bets in the Men’s singles draw.

New to betting on tennis or want to learn more about the sport? Click here to read our tennis betting primer.

Posted by Sean Zerillo on January 18th, 2020 | No Comments Posted in Handicapping, Tennis

In a major upset, Jeison Rosario stopped Julian Williams in the fifth round of Williams' homecoming fight to take his unified junior middleweight world title Saturday night in Philadelphia.
Posted by www.espn.com - BOXING on January 18th, 2020 | No Comments Posted in Boxing

Can Mike Vrabel’s Titans win three straight playoff games as road underdogs against teams that appear much better than them on paper? We shall see, but Patrick Mahomes and Co. aren’t going down without a fight — they proved that last week with their absurd comeback win over the Texans.

There’s plenty of angles to dissect in this game, but as always, sharp action is one that you’ll want to keep in mind when betting this game yourself.

Here’s how the big bettors are influencing this spread.

As of late Saturday night, we have tracked exactly zero Bet Signals on this game. Bet Signals indicate waves of sharp activity hitting the market, and to be honest, it’s actually a pretty rare occurrence to see none of them. However, this doesn’t necessarily mean there’s zero sharp activity on this game whatsoever.

Posted by Mark Gallant on January 18th, 2020 | No Comments Posted in Handicapping, NFL